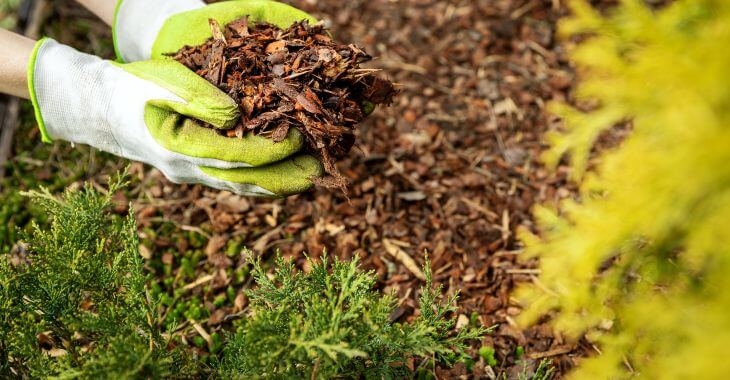 Mulch is important to protecting your landscaping and enhancing your soil. Whether you use bark, wood chips, pine straw or other mulch, most mulch needs to be replaced at least once a year. The question is, should you remove old mulch and if you do, how to dispose of old mulch? Here is what you need to know about old mulch.

When deciding what to do with old mulch, there are many different factors to consider. Where the mulch is, the type of mulch and purpose will impact whether you remove it, add to it or replace it. Organic mulch can usually be used to enhance the soil, even when it is old, but each case is different.

If you have vegetable or flower gardens that have old mulch on them in the spring, you may wonder whether to remove it before planting. This depends on how deterioration has occurred over the last year. You will want to inspect the mulch and determine whether it can be reused.

If the mulch is still viable and intact, it can be reused. You may want to rake it to the side or scoop it into a container until you get your garden tilled and planted. Once the garden is planted, you can layer the old mulch directly on the soil, then add new mulch over the top as needed.

When you inspect the mulch and it is mostly deteriorated, it will need to be replaced. Should you remove old mulch? Not necessarily. Organic mulch offers the benefit of adding nutrients to the soil. In most cases, you can till or rake the old mulch into the soil and then add new mulch when you finish planting.

Mulch Around Trees and Shrubs

If you use bark or straw mulch to protect the roots of your trees and shrubs, you will need to add new mulch yearly. Since organic mulch will disintegrate, you need to replenish it to keep a few inches of mulch on your soil. You do not need to remove old mulch around trees and shrubs, just add more.

The only time you will want to remove old mulch around your trees and shrubs is if it becomes infested with disease or insects. If your trees or shrubs became diseased or infested, the mulch could retain the infestation even if they have been treated. Removing the mulch could prevent a new infestation. 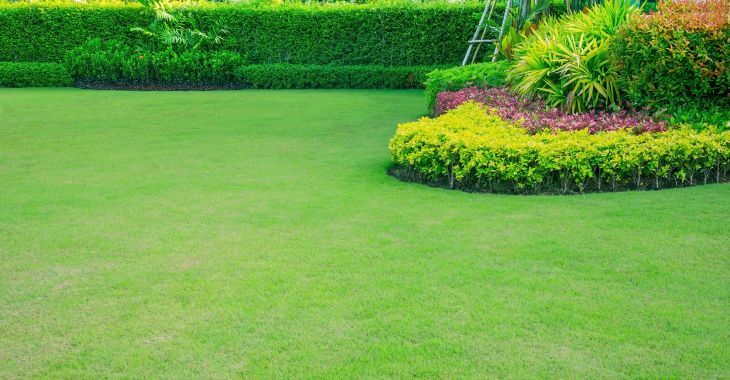 What Is the Best Chinch Bug Treatment?

There are many different pests that can infest your lawn and cause trouble. From fungi to worms and beetles, there are many natural enemies to your lawn, includ...Read More

If your old mulch is no longer providing the ground cover you need, but still not completely disintegrated, add it to some compost. You can repurpose old organic mulch by making it a soil amendment when mixed with compost, manure or other additives to your gardens.

When to Remove Old Mulch

Most mulch can be reused or left as ground cover – it will deteriorate and add nutrients to the soil. There is no need to remove it – you can just apply new mulch over the top. However, there are times when you should completely remove the mulch and dispose of it properly.

Larvae from pests can hide in mulch. If you notice pests returning, it could be due to eggs laid in the mulch. It may be best to completely remove the mulch and replace it with new to avoid new insects from attacking your plants.

If the plants in the mulched area succumb to fungal diseases, it can spread into the mulch. When you begin to notice diseases like root rot or wilt returning, it could be caused by retention in the mulch. Remove the mulch completely – you may need to remove and replace some of the top soil as well.

How to Dispose of Old Mulch

When you do need to remove and dispose of mulch, it is important to do so carefully to prevent spread of disease. You should use gloves when removing the mulch by hand and make sure you remove all of it from around plants – a blower can be used to remove mulch from stems and leaves.

Once you remove the mulch from your landscaped areas, do not leave it in piles on your property. Mulch is very combustible, and it can be a fire hazard, even igniting on its own. It is not recommended to burn old mulch for disposal. Fires can quickly get out of control with mulch and may become a danger. 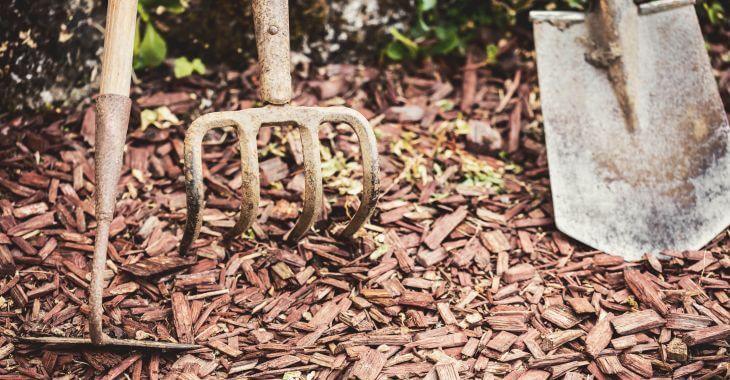 When you have removed all the bad mulch, put it into lawn bags and throw it away. You do not want to keep it around, especially if it was infested with disease or pests.

Now you know what to do with old mulch. In most circumstances, you can let it deteriorate and replenish as needed, or mix it into the soil. If it does need to be removed, make sure you dispose of old mulch properly to protect your property.

How Your Soil Benefits from Mulch Spreading

Perennials or Annuals? Which to Plant.