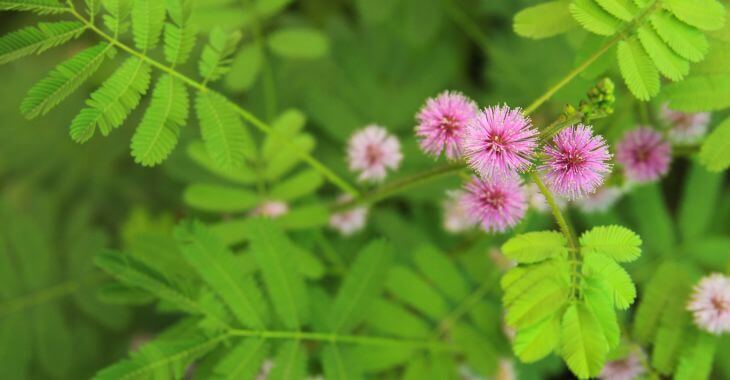 Many people need their personal space and the same is true for some plants. The mimosa pudica is a touch-sensitive perennial shrub that grows in regions around the world and is known by many different names. Universally, the mimosa pudica is called the “touch me not plant,” but it is also known as the shame plant and many other labels. Here are some interesting facts about the touch me not plant and how it can affect landscaping.

A Shy and Sensitive Plant

Call it shy, shame or tickle-me plant, but this plant will react if you dare to touch it. The mimosa pudica will close its leaves if anything touches it, whether it’s a human finger or a drop of water. The shame plant is also shy at night, closing its leaves when the sun goes down and opening them again in the morning. The actions of this plant fascinate many, but in many parts of the world, it is simply considered a weed. The leaf movement can scare off animals considering it for food, offering protection for the plant.

Where to Find Mimosa Pudica

The most common regions to find the mimosa pudica are Central and South America, and it is believed to be native to these regions. However, it is known to grow in many other countries and continents, especially those with tropical or subtropical climates. India, Bangladesh and other countries have the touch me not plant growing in forests, ditches, gardens and many other areas. It has also been introduced in North America, growing well in the subtropical regions.

The mimosa pudica is very invasive, which is why it is labeled as a weed by many. Once it takes root, it can quickly flourish in warm climates. The touch me not plant is cross-pollinated by wind and insects, helping spread seeds from its pink blooms. A plant can produce 200,000 seeds a year and it grows deep roots, making it difficult to remove. The touch me not plant grows quickly and can be ready to produce seeds in about six months.

One of the most frustrating aspects of landscaping is weed control. Dandelions, crab grass and other unwanted vegetation can overtake your yard and garden, as w...Read More

How Does it Move?

The leaves of the mimosa pudica are the only part that move. They are oval in shape and the leaflets that make up the leaf are about 3-10 mm in length. The leaves move by a quick change in the water composition. When anything brushes against the leaves, the plant quickly releases water from cells at the base of the leaflets, which causes the leaves to curl in and close. In a few minutes, the leaves unfold again.

There have been many medicinal uses touted for the mimosa pudica over the centuries. Native people where the plant is common have used it for everything from migraines and insomnia to birth control and fever. The plant is believed to have anti-inflammatory and antioxidant properties, but few, if any, studies have been completed on the uses of this plant for health purposes.

A benefit of the mimosa pudica plant is its impact on common pests. Not only does it deter some pests like ants and aphids, but it can attract some beneficial insects. Ladybugs and lacewing are attracted to the touch me not plant, which benefit landscaped areas by killing detrimental pests like aphids and whiteflies.

Landscaping Uses for Touch Me Not Plant

The shy and sensitive mimosa pudica is often used in landscaping in the U.S. It is an ornamental plant that does well in subtropical regions such as Florida, Georgia and throughout the southern states. Many people use the touch me not plants to edge their garden to help keep pests out, but they can add beautiful foliage to any area.

The mimosa pudica can grow outside or be potted. Many people enjoy using this interactive plant for decorating their patios and bringing in when the weather becomes cooler. This sensitive plant has a reputation for relieving anxiety and depression, which can make it a happy plant to have in any space. However, it does have thorns, which should be removed if it is planted where pets or children may be affected. 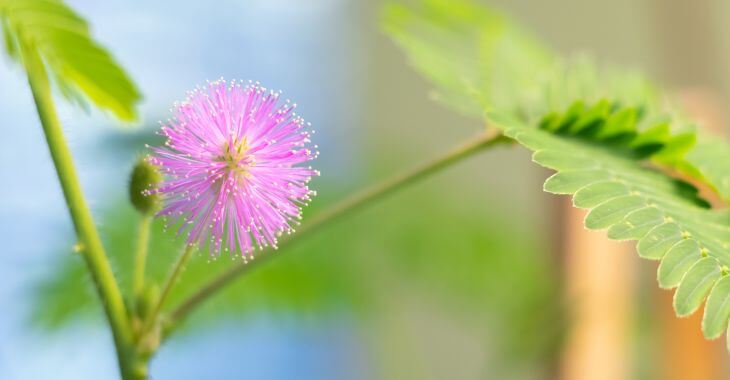 The touch me not plant prefers well-drained soil. It is naturally drought-resistant, but it should be kept in slightly moist soil when potted. If planting from seed, soak the seeds overnight before putting them in soil. You will want to plant mimosa pudica in direct sunlight outside and put indoor plants near a window with direct sun. The good news is that mimosa pudica is a very hearty plant and does not require much additional care once it begins to thrive.

If you want to add an interesting plant to your landscaping or to your indoor space, the touch me not plant may be a nice option. To learn more about this plant and whether it could compliment your outdoor space, talk to your local landscaper. 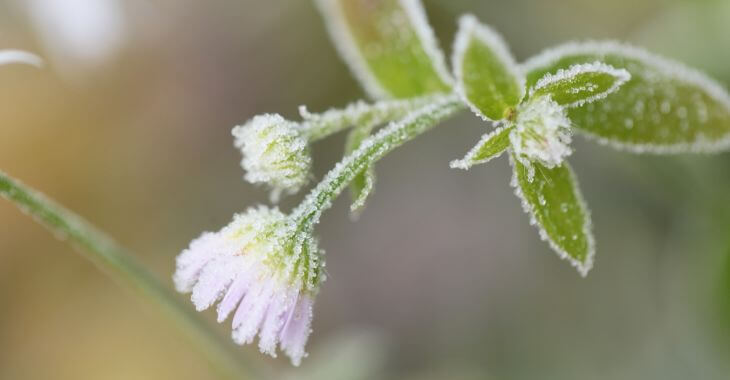 How to Protect Plants from Frost